A stone in the pond

Just heard about the death of Canadian writer Farley Mowat, at 95.
RIP/
I'm amazed he lasted so long at the rate he expended energy and intensity, from conservation of the environment to resuscitating boats beyond their sell-by date. 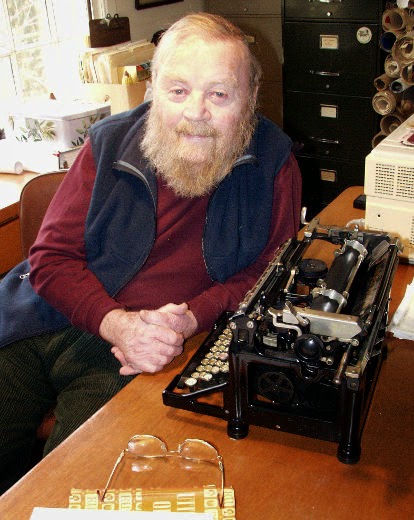 Back in the mid-70's during that Watergate summer, I was on the west-coast weekending in Seattle while working on a Post-Intelligencer Sunday magazine story [African Queen in Oregon - I think] and was weathered in a a girl's parents house (don't ask). That is one rainy city.  Found a book with the intriguing title 'The Boat Who Wouldn't Float', inhaled it and wrote Mowat's publisher pal Jack Stewart of McClellend & Stewart - THE Canadian Publishers - querying a coffee-table art book based on Canadian maritime artist Jack L. Gray.
Lot of Jacks here, eh.
I'd met Jack Gray living aboard 'Gypsy Queen' in Palm Beach Marina one season when he was gargling Liebfraumilch by the crate, between trying to finish oil paintings of an East Ironbound dory-man sculling and hauling cod, to be viewed by the caviar-set at The Worth Avenue Gallery .
One sure way to determine if a painting at a gallery-opening was a genuine Jack Gray - just touch it.
That led to my first book-contract, a drive across Canada via the TransCan Highway from Seattle to Lunenburg, months of work, followed by midnight-oil writing/assembling, followed by second wifey's demand for bigger slice of royalty, followed by deep-six of project by publisher.
So, yes, Farley Mowat had more of an impact on me than the average author !
RIP, indeed.
Posted by Jack Owen at 1:13 PM 2 comments:

The pen-name of writers Judy Habeck Weber and Marie Vernon who combined forces to produce a whodunnit written by Amber Adams, was a pragmatic inspiration.

It stemmed from the reality of the alphabetical fiction listings by-author in all genres at most book-shops. Their target readership, “women of a certain age” will not, and some cannot, get down on hands and knees to scour for books on the bottom shelf. 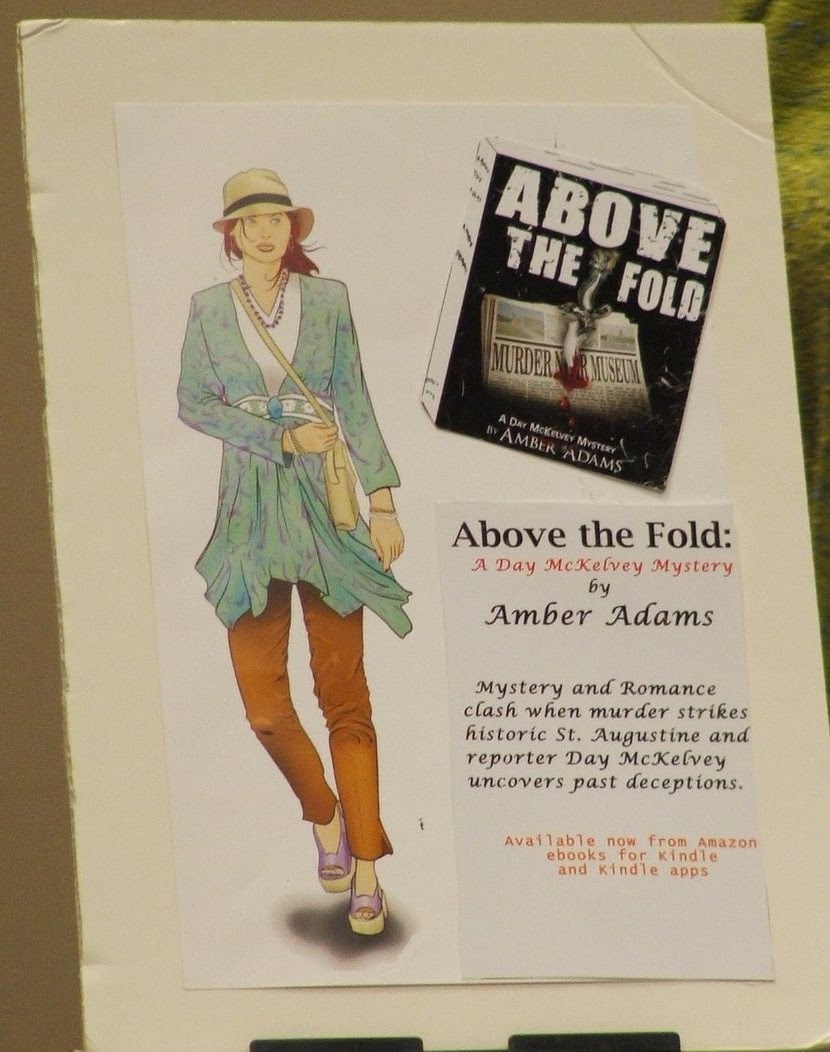 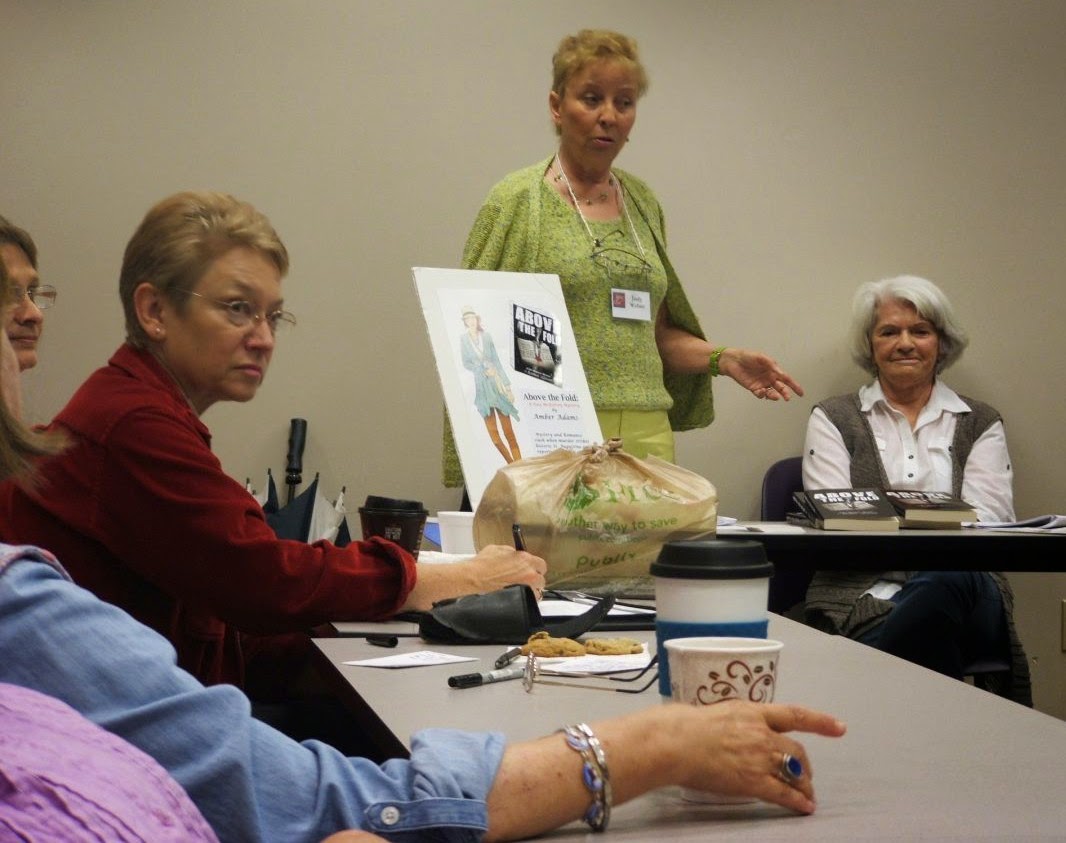 A little background.
Judy had a New York career in Ad-space-sales during the era of liquid lunches and reality 'Mad Men' in Manhattan's Madison Avenue heyday. She later edited and wrote for a building trades magazine, based in the fast-growing South Florida real-estate boom, before retiring onto a boat at a marina with her hubby. That's when she considered testing the fictional waters, joined FWA (Florida Writer's Association), won writing awards, became a judge then Queen of England...(sorry...got carried away).
Marie's writing career began as a freelancer with feature-stories in national newspapers Her non-fiction books included colonial history of Maryland; then hard-crime tomes co-authored with her late husband forensic psychologist McCay (Mac) Vernon, about serial killers. Her fascinating with an extreme fan of Elvis Presley, and that ilk, lead to the fictional book Graceland. It is currently being adapted as a stage play.
So, not novices, but neophytes in the roles they have grown into.And this is how they did it – without becoming victims in a murder mystery
Amber Adams' creation Day McKelvey, a lady of a certain age, is a newspaper reporter investigation the death of a university president who's body is found at the foot of the 'World's Tallest Cross' (208 feet high) at the Shrine of Our Lady of La Leche, St. Augustine. The prime suspect is a student she mentored.
Marie's strength is her ''stick-to-intuitiveness' attitude, which has carried her through six published books; but she is liable to fall in love with words.
Judy helps keep the storyline on track.
An example from the Book Two in the series they are working on; one of the subject/suspects Day McKelvey interviews, has a parrot. Marie was totally taken with the pretty polly on a perch who didn't just speak but, was bi-lingual. Wonderful. But editor-writer Judy gave that colorful distraction, the bird. He was terminated. The story-line moved forward toward its objective, bringing a killer to justice.
Judy says she appreciates the eloquence of Shakespearean verse and soliloquys such as Hamlet's “To be, or not to be”. But prefers to stick with the 'nuts and bolts' of constructing stories which will stand up to scrutiny.Her point of view is, flowery decoration is the icing on the cake.
Marie confessed: “If the house was on fire, the first thing I'd save would be the thesaurus.”
They barely knew each other when, by some alchemy following a meeting at FWA they began discussing a joint venture. They don't live close enough for garden-fence gossip, but the convenience of social media via email,eliminates a lot of travel. And bloodshed.
“We've learned to read between the lines of our messages. If either one of us uses extremely diplomatic wordage to accept a version the other has written, its pretty sure they think its terrible,” Judy said.
Separation when either reads a new draft, eliminates spontaneous outbursts like: “Oh no,” and “I hate that idea. That's really dumb.”
They agreed on the timeline and storyline, the foundation of the book during initial kneecap to kneecap sessions, then submitted progressions for consideration, work-over, rewrite,inclusion.
Next.
“You have to lose your ego, to co-operate,” Judy said. Their different personalities, work habits, strengths, weaknesses, had to adjust to compliment each other without losing sight of their final target, the reader.
When Judy first attended writer groups and submitted manuscripts for feedback and criticism, it was an uncomfortable period of adjustment.
“Every word was my baby. I had to realize there were alternatives, some of which improved the writing and story. We will respond, respectably,” she glanced at a smiling Marie, “to each others suggestions.”
Then added.
“Of course. That was Vol. 1. Who knows who's going to say 'idiot' first, in Vol. 2 ?”