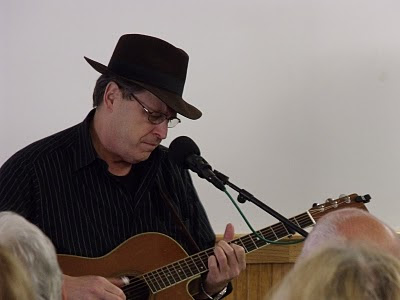 Blues performer John Rogers gave WAG (Writers Alliance of Gainesville) members a glimpse into the life of a wordsmith who sets his tales to music, in the tradition of the Blues.

He traced the source of the blues, words recalling deeds and woes set in a sing-song form which made the telling easier to recall for the teller and easier on the ear of the listener. Unlike lyrical Broadway musicals with Moon, June, Spoon rhyming words, the blues can be childish verse (Mary Had a Little Lamb)or a litany of woeful episodes, told against a rhythmic musical beat.

He strummed his acoustical guitar for an hour or so talking/singing a potted history of the blues and those who had carved a name for themselves in the genre. Rather like writers known for their romances, historical novels, mystery and war. Those who attended could be seen reflecting on incidents in their lives which might qualify for the Blues. 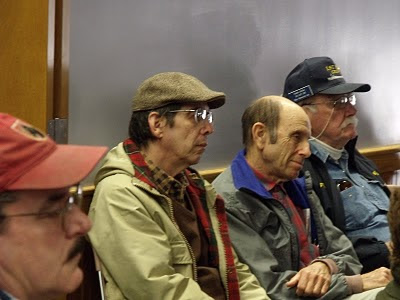 And the good-news for those musically challenged - the blues can be talked or croaked within the comfort-zone of the story-teller. Hitting High-C is not a requirement. However, playing an instrument would be a plus!

ps: spoons are considered an instrument ;^))