Will be book-signing today with a plethora of authors, as part of the annual Azalea Festival in Palatka, Florida. Its a town sitting on the banks of the up-side-down St. Johns River; it flows NORTH from central Florida's wetlands to the city of Jacksonville at its mouth to the Atlantic Ocean. 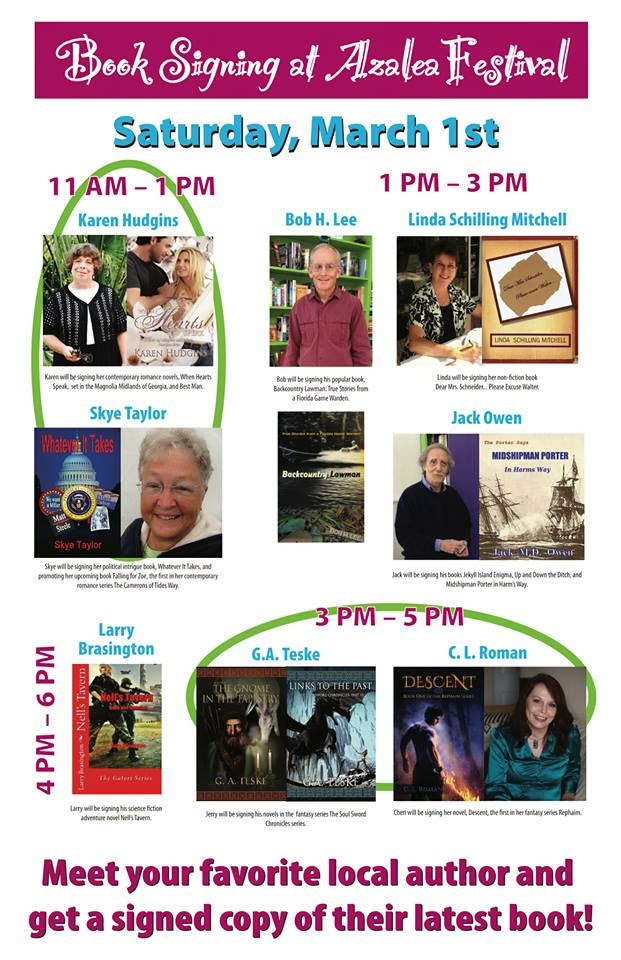 During its lifetime the city has known boom and bust, its fortunes changing as transportation from sail to steam on the many waterways of the state, gave way to freight-hauling railroads and the interlocking interstate highways.
Currently its a blow-through community with commuters from the student and academic housing University of Florida (The 'Gators) and Shands medical facilities at Gainesville, en route to the oldest, continuously occupied city (1565) in the USA, St. Augustine. It is filled with trippers and fripperies, art stores and eateries to cater for many tastes. Backwater shrimp-boats and replica Spanish galleons near the Bridge of Lions, are amongst the wide ranging fleet of working vessels and attractions dotting the waterfronts. 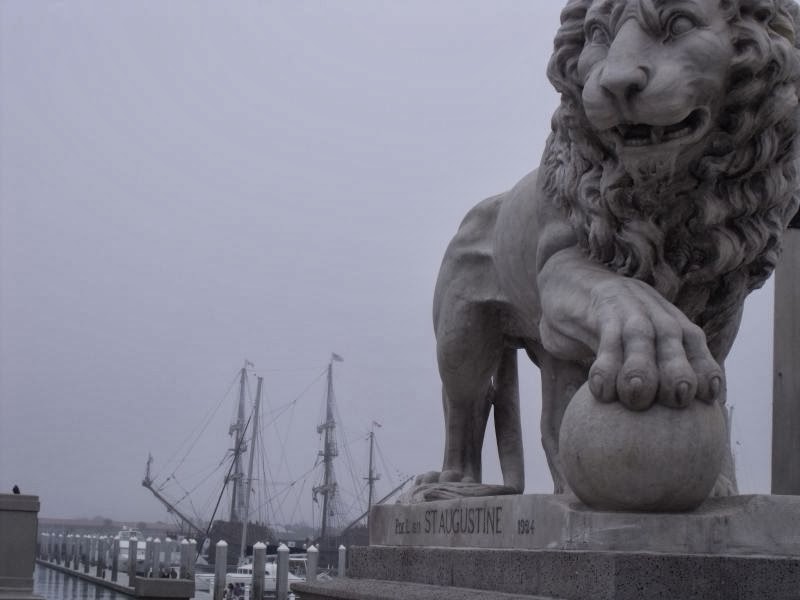 Palatka is continually trying to establish itself as a 'destination location'. The Azalea Festival and later, the Bluecrab Festival - critturs trapped  locally - are a couple of events. But 'organizers' still seek the right combination to return to those glory days when Presidents, Poets and Power-brokers stayed in Palatka.
Hope to see YOU, today...