Sadly the updates of my blog took a nose dive when the bright young things from Google decided - without consultation, of course - to re-invent the blog-site I'd finally got comfortable with.
The following contents may be clunky, during this test-run, but it may prime the pump to get the motor running again.

Since last I posted, two more books have been added to the Old Book Shop Publication imprint. As a subtle way to link the 'nautical' theme of similar books planned for the future, my author-name has gathered a couple of extra letters: M.D. No, the initials do not stand for 'Mad Dog' as some Anglophobe have suggested; nor Medical Doctor as spam solicitors have discovered to their chagrin. Just my middle-names which I was encumbered with, following family practice of incorporating our forefathers names into the (then) present, at the christening.

When you have the Welsh-equivalent of Smith as a surname, every little difference helps searchers find the writer they're looking for.

I once mistakenly latched onto what I thought, at a quick glance, was a new Forester book. I guessed it would be a further saga in the nautical Horatio Hornblower series. I only discovered my error when a few pages into Passage to India the actions of E.M. Forster's characters rudely awakened a prurient awareness of the adult world, in the mind of an impressionable schoolboy. I didn't make that mistake again, and double-checked the author was, indeed, C.S. Forester before opening the covers of future books borrowed from the library.


My new books Midshipman David Porter – In Harms Way (The Porter Saga) and Up & Down the Ditch: Cruising the Intracoastal Waterway – with Murphy's Law are nautical in nature.

Many years ago, when the Palm Beach Old Book Shop was a meeting spot for readers and writers sunning the winter season away in South Florida, I discovered the real-life American sailor David Porter. I devoured stories of his exploits on the other side of the coin from his fictional equivelant, during the transitional period from the great seafaring age of square-rig sailing ships, to steamboats. 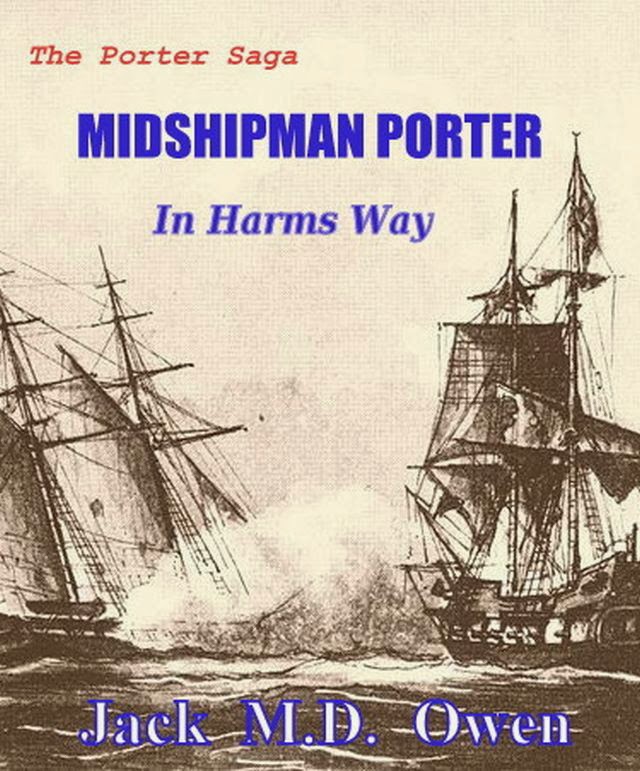 How could such a valient hero disappear from the pages of history? I set about 'factionalizing' him, his family – which included adopted son David Glasgow Farragut – and literary contemporaries such as Washington Irving and Edgar Allen Poe. Finally Book One in the series – only SIX more to go – has appeared in Tree and Eeee versions.
Also, my introduction to trips up and down the Intracoastal Waterway; which began as an inexpensive summer holiday helping a skipper friend out, generated a series of cartoon-filled sketch-books which I felt many other boaty types could relate to. As a 'bonus' the book contains a “me 'n Joe” type yarn of my maiden voyage on a small boat up the Atlantic Seaboard – hove-to in a nor'easter off Cape Fear – delivering a duplicate sloop to the former boss of Xerox! 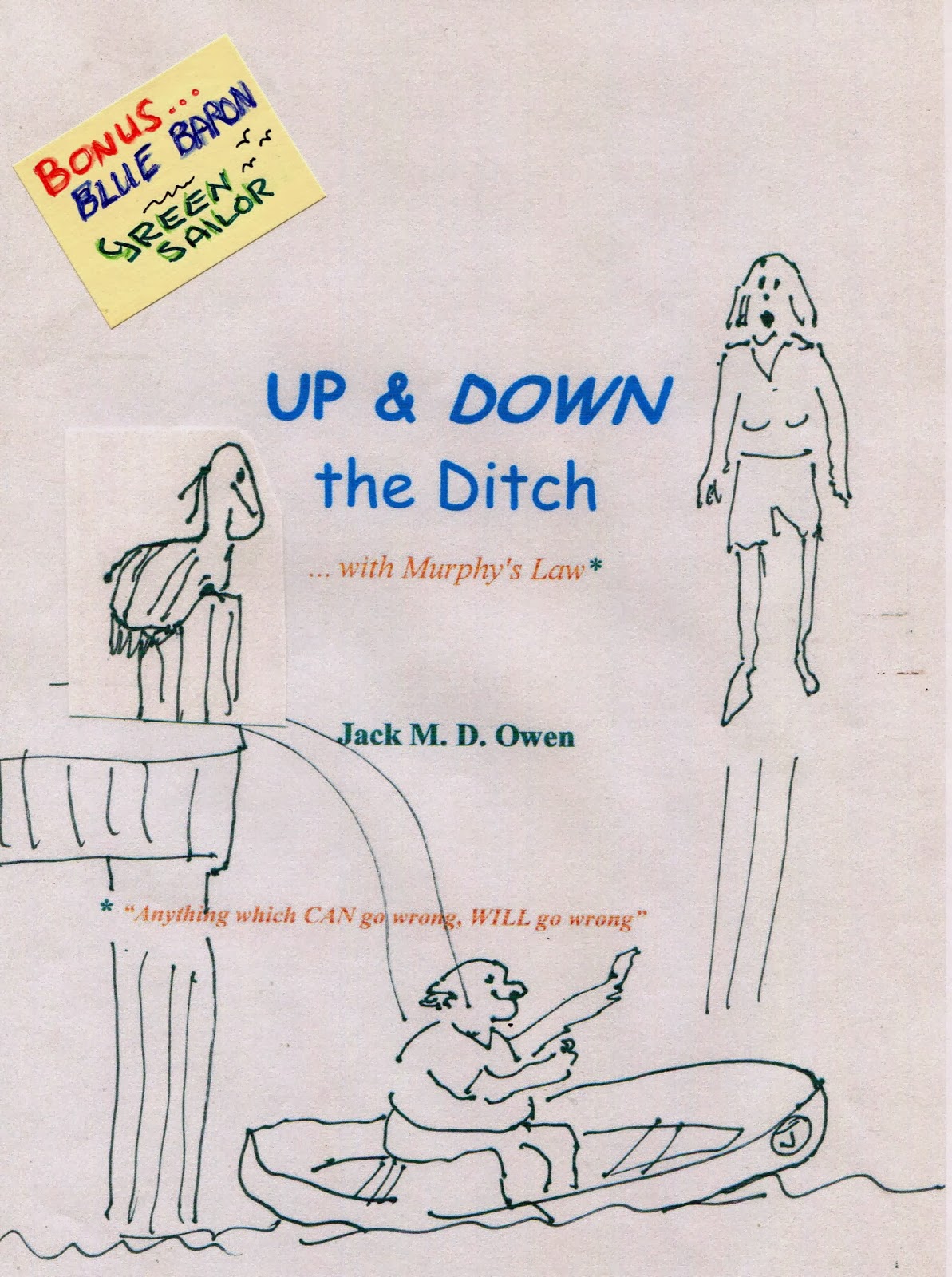 Oddly enough, both men and women reacted positively to the Beta versions circulated pre-publication, and hopefully will fill a needed niche on the nautical shelves of active - and armchair sailors, or all flavors.
Feedback would be welcome – and a posted review on Amazon.com would be splendid: pro and con!