Behind the Scenes of The Jekyll Island Enigma Creation 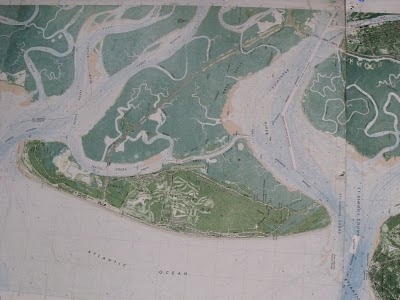 “...Jekyll Island is shaped like a leg of lamb.”

Some of the mind-prompts, gizmos, gadgets, maps, notes and references which supported the creation of my Jekyll Island story, are shown here. 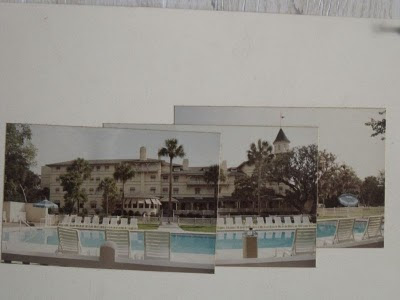 Visiting and photographing the scenes where action takes place and assembling a collage to re-create a visual hook to hang the action on, was another essential to authenticity. I visited the site several times before it was re-opened to the public, before the story surfaced. And again as a guest at the renovated hotel, years later, I began writing the first page of the first-draft of the first chapter – and didn't stop for 800+more pages! 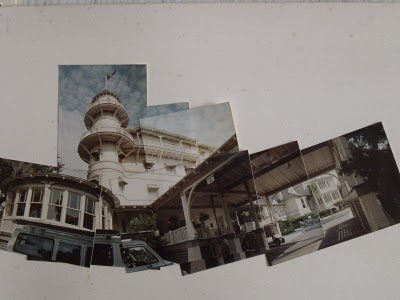 The hardest working item in any writer's toolbox is the 3x5 index card. I've used them for half-a-century as a journalist scribbling notes fairly unobtrusively – compared to a spiral-bound Reporter's Notebook which to often firmly closes a source's mouth when they realize; despite being cautioned, they are about to be quoted. The 3x5 is also handy for page-marking – before stick'ems were invented, flagging down a taxi (from a distance they could be mistaken for a folded Fiver), impromptu tooth-pick and crumb-brush. 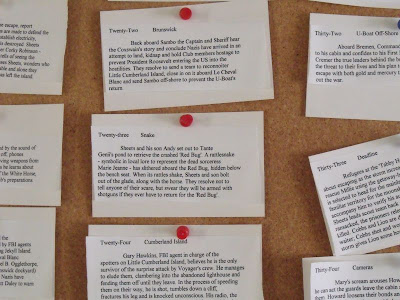 They come into their own though as story-sorters, fiction or non-fiction. Any in-depth feature story with an overload of information, can be reduced to “scenes” or events written on 3x5 cards, then shuffled to get the best storyline flow.

In an intricately interwoven mufti-charactered novel like 'The Jekyll Island Enigma”, where several sub-plots and story lines are playing in concert, they become essential. They are/were, practical devices to rearrange sequences, before re-writing and re-writing reams of copy. There are electronic programs, nowadays, to capture changing structures and record variations of rewrites but – they would take ME longer to learn than to hand write. 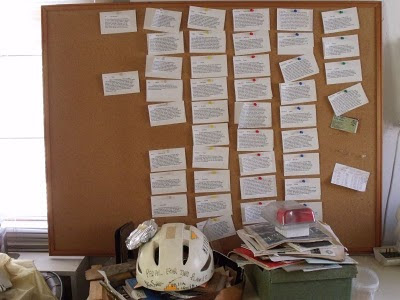