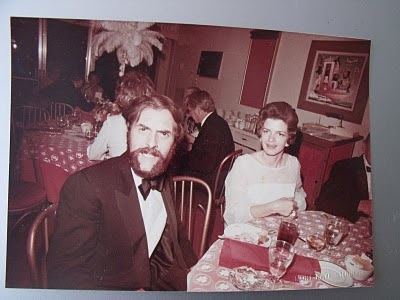 Martha Parish was surprised at my response to society photographer the late Mort Kaye, when he snapped this pic of us in the Celebrity Room at the Royal Poinciana Theatre, while Ted Kennedy was holding forth nearby. But it wasn't the reason she fired me at the end of the season.

Years later, after she married Nixon's psychiatrist and I worked for her ex-husband Pat, we mused about the woman who had screwed both of us!

Mort, who I clashed/joshed with over the decades, gave me some sound advice before I bought my last boat - DON'T! I should have listened to him. This was a guy who showed up for his shooting gigs - in his own Rolls-Royce.
Posted by Jack Owen at 7:47 AM